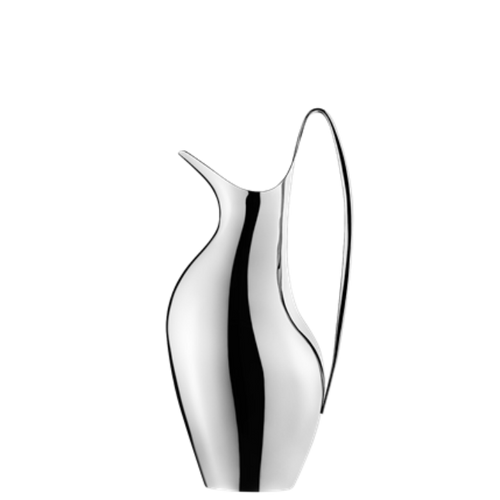 MASTERPIECES – a tribute to Georg Jensen himself. Launched in 2008 to coincide with master designer Henning Koppel’s 90th birthday, MASTERPIECES revisits Georg Jensen’s original silver hollowware. Of all the designers to work with Georg Jensen through the years, Henning Koppel was among the most highly regarded. His designs played an important role in influencing the signature look of Georg Jensen, particularly in the second half of the 20th century. The designer had trained as a sculptor before turning his attention to jewellery, hollowware and cutlery. The pitcher is one of his most famous pieces and was first formed in 1952. It is spare but sensuous, with an elegantly extended handle and exaggerated lip. Georg Jensen began as a silversmith; this collection is a modern interpretation of the legacy of excellent craftsmanship that dates from the very beginning.

This is the 'Little brother' version of the original 1.9 L HK Pitcher.

This product hasn't received any reviews yet. Be the first to review this product!